That’s how this race panned out for our quad, Up Ooer Roond & Doon – Mike Miline, Andy Kindress, Mark Smith and me.

January, in the Highlands for a 24hr Mountain bike race, eh?  We must be mad but every year the same pilgrimage to Strathpeffer, the same build up before Christmas/New Year.  What always changes though is the weather.

The Ice Spikers were packed but looking at the weather forecast it was doubtful if they would be required, along with the half dozen changes of clothes I had packed.

Setting up camp on Friday we were blessed with glorious sunshine but the temperature was low.  The question was how low would the it drop during the night? Hmmm? We were about to find out.

I took the first lap for the team and the race started with the usual carnage with the running start including flying elbows, tripping up and trying to remember how far up the road the bike was!

Keith Forsyth (solo) started at his usual pace with around six other riders flying up the fire road, passing all the pits and camps set along the edge with people cheering and shouting.  I love the first lap.

One by one the company Keith was keeping dropped off until it was just him, me and another rider. I kept tight behind them (reminding myself that Keith was a racing solo!) down the fast descent to the Bridge of Thighs before deciding enough was enough.  I upped a gear and just mashed it past both midway up the climb.  Then it was just about redlining the rest of the lap to transition, stating our intention to the other quads.  Come and get us!

Mike Miline was next for us. Bang! Another storming lap – beating my first lap by 2 seconds! LOL Sure this will be a discussion point until we both stop pedaling.

Andy Kindress next, big diesel engine, he pushes out consistent laps one after the other.  He was part of the winning pairs last year with Wayne Blair.  Then the youngest (or younger) Mark Smith, probably our most consistent lapper of the race.

And so we got into the routine. Out, fast, back, recover, do it all again.

Within a couple of laps it was clear who our main threats were, NOB-bies, The Adventure Syndicate/Sandy Wallace Cycles and Shibden CC A.

The temperature during the day was fine, although the mist never really lifted. The top climb to the bench gave a view that was absolutely stunning with the sun out and the mist lying in the valley below, although it only got a quick glance as the pace was furious. Surely it had to slow down at some point.

Night time brought -6 degrees and black ice, treacherous on the higher climbs but more so on the descents. Breathing was like fire on the lungs, gasping for breath on the climbs, then watering the eyes on they way down.

Looking for alternate lines became the norm as the lines everyone else were using were quickly turning to ice.  Keeping it tight into the whin bushes, hit the water splash to the right, try not to spin out on the climb to the bench, all great stuff.

Nob-bies were starting to gain back time on us, our lead was down to 4 minutes.   Next lap we sent them a statement of intent with 37 odd minute lap.  From that point we gained 30 seconds here, 40 second there, opening up our lead again.

By this time the two other teams were out of it, two laps back on us and NOB-bies.  This was now a two horse race but in 24hr racing anything can happen, it was a matter of bike/body preservation but still staying fast.

Daylight..ahhh. Unlike Relentless 24 you know when it gets light at the Puffer there’s not long to go. NOB-ies were still in it less than 15 minutes back, so all it would take was a wrong line, puncture or mechanical and we could easily lose the lead we had held from the start.

On the second to last lap I got in with around 10 minutes to cut off, got the dibber off, handed it over to Mark and sent him off on our final lap. NOB-bies came round and made the 24hr cut-off by just 2 minutes to get in their final lap.  Nail biting stuff.  Then it was a long wait for the rest of our team for Mark to complete our final lap.  Hoping nothing had gone wrong.

Yessss! Finally round he came to the finish.  Even managing to gain a little more time to finish around 17 minutes in front. Job done.38 flat out laps and fastest lap of the day.

This was a fantastic race.  We were pushed all the way to the finish which made it all the better. Our two pit bitches Martin Smith and Andy Morrison were outstanding, bikes washed and maintained. Ripping the dibber from each rider and getting it to the next.  Keeping time/pace without a break during the full race.  Thanks for your support boys! 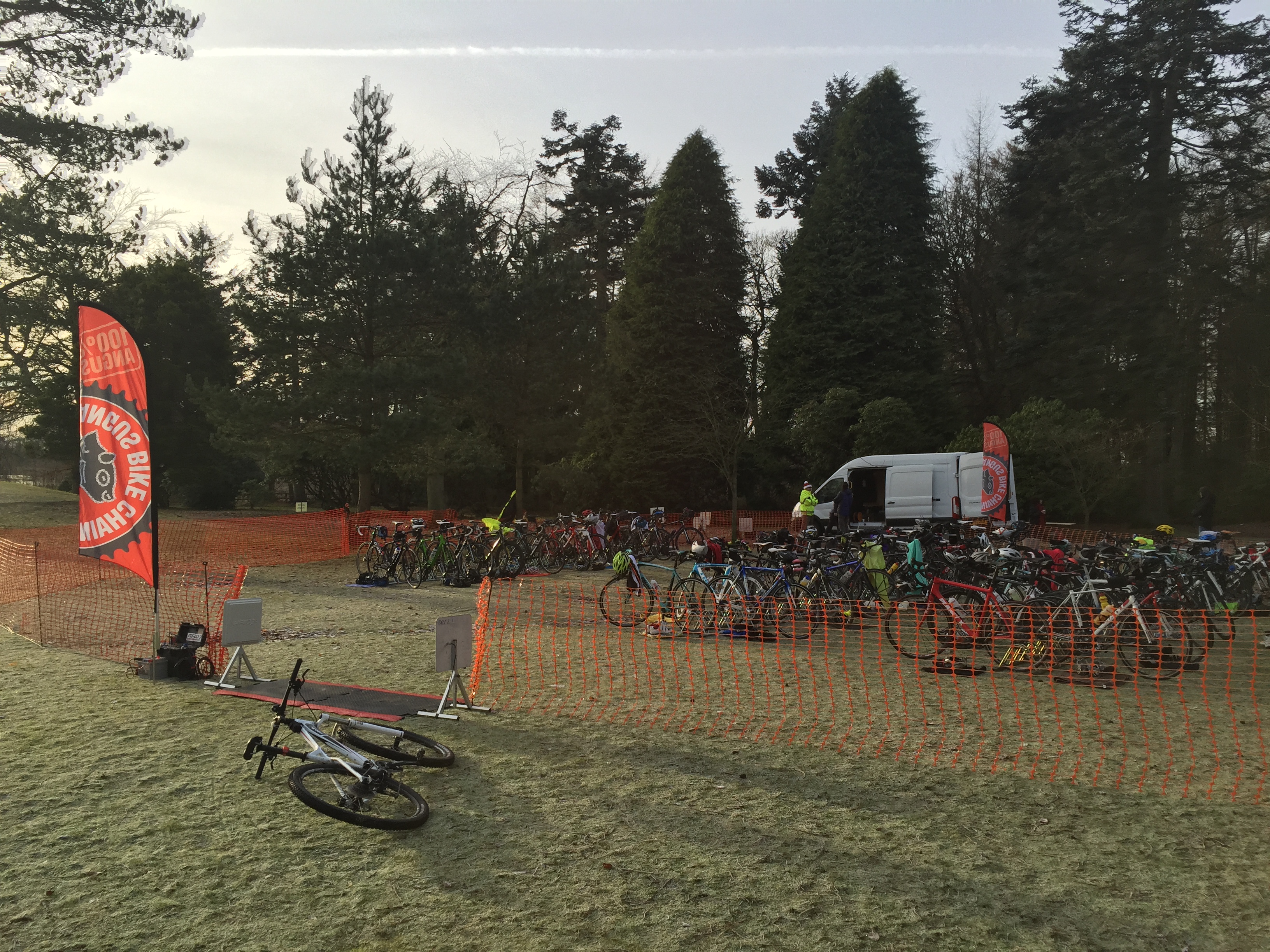