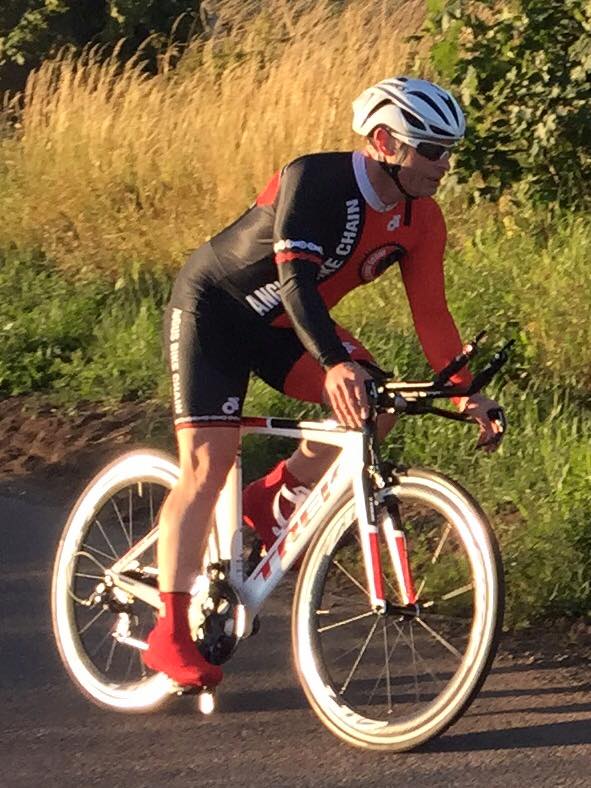 The dark and gloomy conditions didn’t put off the 29 members that turned up for the first round of this year’s Summer Series. The event kicked off at Carmyllie Hall at 7PM, John Bremner on the timing and Scott Murray doing the bike holding (a very skilled and demanding task may I add).

A strong head and cross wind for two thirds of the course made the going difficult for everyone so fast times were going to be at a premium. The course profile is basically a down and then an up across 8 miles, a sporting time trial would be the best description.

The event was very competitive with literally seconds separating many particularly in the 22 and 23 minute bracket. There was only 5 seconds between Simon Arnot, Mike Milne and Dean Horton.

Notable efforts from Ingrid Kidd with an incredibly fast time of 22mins 16secs finishing joint 3rd overall on the night with Mark Reid. Second and third female was hotly contested by Pam Irving and Michelle Mackay with only 8 seconds between each.

First male was Peter Flick in a time of 21mins 12 secs, followed very shortly after by Stewart Irving at 21mins 26secs.

A big welcome to those new to the club and those tasting our events – Nico Anelli, Michelle Mackay, Lewis Bruce, David Douglas, Dean Horton (sign him up!) and John Tonner (if I missed anyone out apologies).

See here for the results on the night.