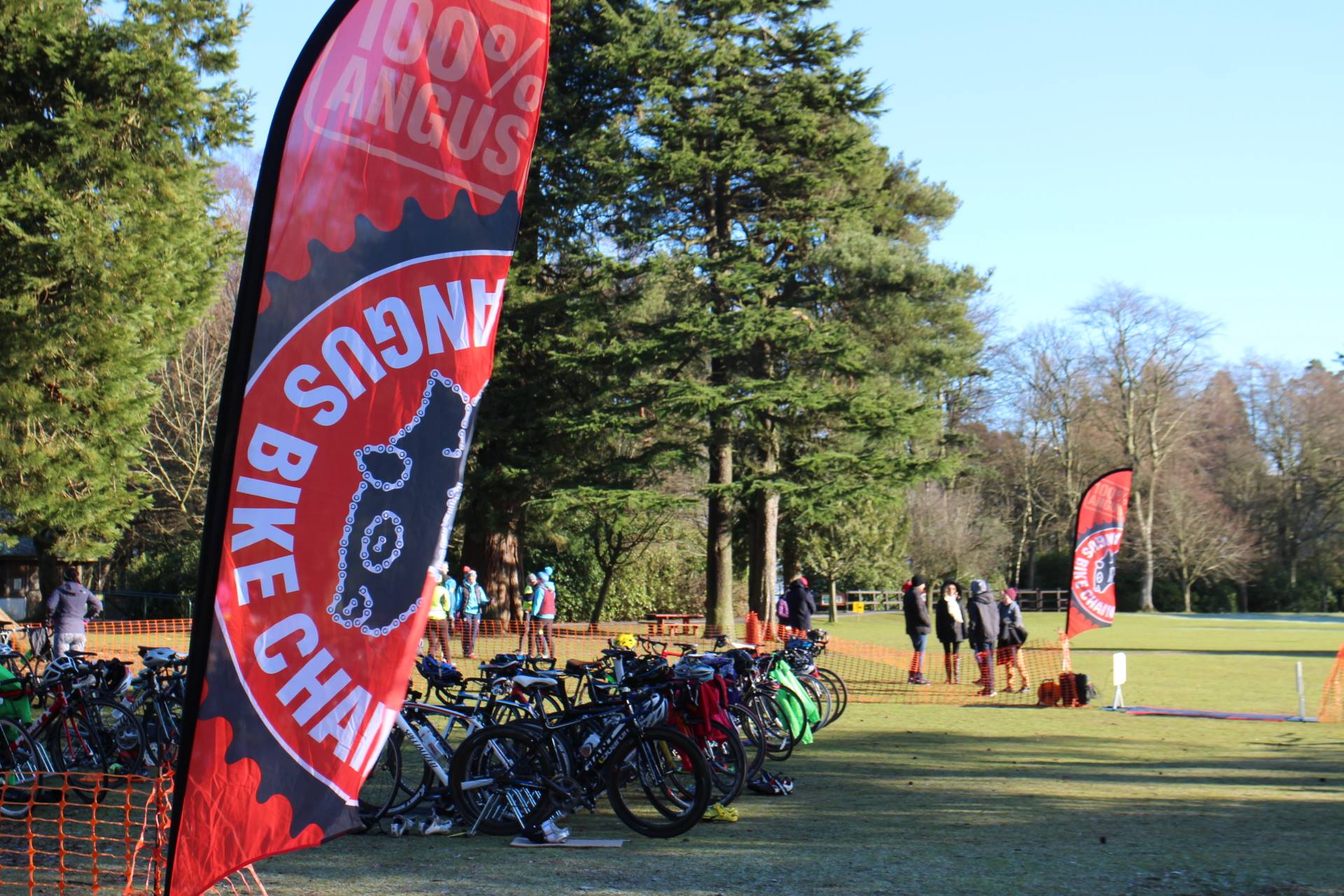 The final round of the Winter Series Duathlon was completed yesterday on a very cold but dry day up at Monikie Country Park. The freezing temperatures didn’t put off the competitors who were fighting it out for the overall win and series prize money, the prize pot this year at over £1,000!

In the men’s race Robert Harrison (M3 Tri) was victorious on the day in a time of 1:08:40 with Peter Flick (ABC/M3 Tri) coming a close second at 1:08:57 after a closely fought contest on the final run, Robert pulling away in the final 2km to win by 17 seconds. 3rd place went to Daniel Clarke (Fife AC), 1:09:13, who posted a very fast second run split to get within touching distance of the leaders. Peter Flick managed the quickest bike time of the day at 36:51.

In the ladies event Laura Kent (Perth Tri) took the spoils in a time of 1:15:26 after holding off Ingrid Kidd (ABC/M3 Tri), 1:16:36, for the victory. Ingrid’s strong bike split of 39:56 was the 4th fastest on the day (including the men) but this still wasn’t enough to pull back the gap on Laura whose strong running saw her through for the win and to take the ladies honours. In third place was Rebecca Wain (1:19:22) just under 3 minutes back.

The overall series placings in the men went to Robert Harrison who led from the first race. Daniel Clarke and Jeremy Kibble (with considerable improvements on the bike this year on previous) followed with some consistent performances across the 3 races.

The women’s race saw Laura Kent take the title with a dominant display across each of the 3 races, Ingrid Kidd and Michelle Mackay taking the second and third spots. Ashley Pearson had been sitting in second place however she did not compete in the third and final race.

Photos can be found over on our Facebook Group.