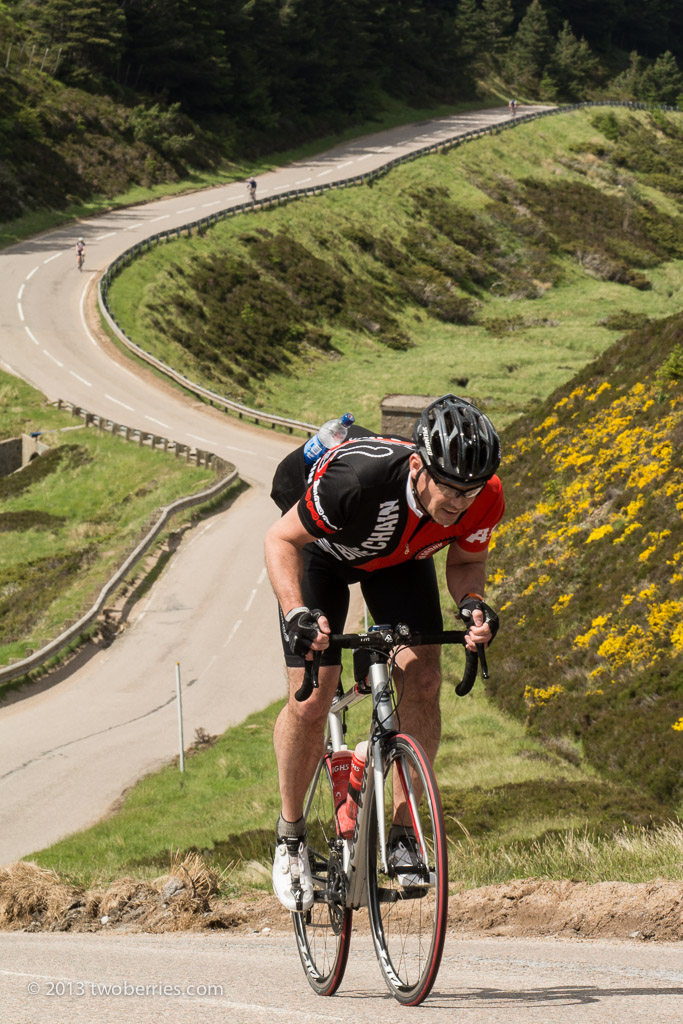 The seventh edition of the Snow Roads 300km Audax was run, under the ABCC banner,  from Kirriemuir on 7 June. As always, it was well supported by club members and friends, some riding the event, and many making up a brilliant team of helpers over the weekend, and a select few riding the route the week before as well as helping out on the day.

Northmuir Hall is the event HQ, with riders coming from as far away as London and Stornaway. Many of those travelling from far afield stay over in a B&B or the hall on the nights before and after the ride, and everyone has a hot meal of bridies and soup afterwards.

77 riders started the big ride in great conditions and enjoyed a tailwind for the first 100 miles (160km) over the Cairn o’Mount and Cabrach up to the furthest away point at Dufftown. Inevitably they faced a hard headwind on the rutrun via the 20% climb over the Lecht before they reached the sanctuary of the control at Braemar, where we had a team of helpers to offer beans on toast, tea and sympathy. The last 40 miles (60km) took riders over the highest UK main road to the ski station at the top of Glenshee, and down Glenisla back to Kirrie.

Everyone had to endure headwinds and increasingly torrential rain on the run back to Kirrie, and an emergency supply of towels was brought in to help them dry off. Despite the testing conditons, everyone finished the ride within the time limit, the first time there has been a 100% success rate. Well done to everyone.

As well as the main event on the day, a few members rode the the route the week before to check that signs etc were ok, no road closures,  and to make sure the hills were still as steep

Photos of the event can be found here