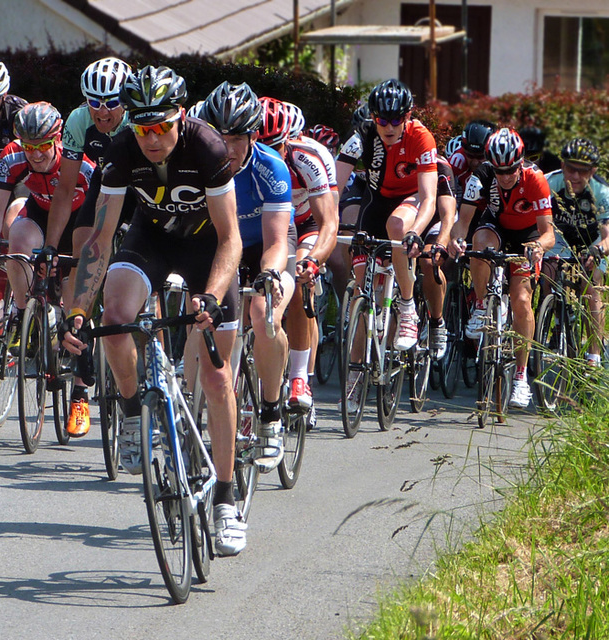 Some recent activity on the road racing front in the club.

Peter Flick participated in the Dundee Thistle 2 Day Stage Race in May.

The event consists of a prologue up The Law in Dundee, followed that afternoon by a rollout from Muirhead to the 1st stage start at Newtyle.

Sundays race was a very hard route that took riders up the Knapp four times as well as tackling the hill at Collace.

Overall winner was Neil Scott of Dundee Thistle, his breakaway on the Saturday setting him up for the win.

Peter Flick finished in 43rd place of the 80 sign ups.

More recently was the Eddie Morgan Road Race at Pitcairngreen where Luis Coutinho, Neil Rait (on his return to racing after 3 years) and Peter Flick competed.

Peter Flick finished 20 seconds behind the main group of 30 riders of 80 starters after the elastic band went with 1km to go on the final ascents.

Neil had a difficult day losing touch with the group on the first lap however put in a spirited effort to finish the race TT style!

Luis held his own for much of the race just tailing off near the end and coming in about 15 minutes down.