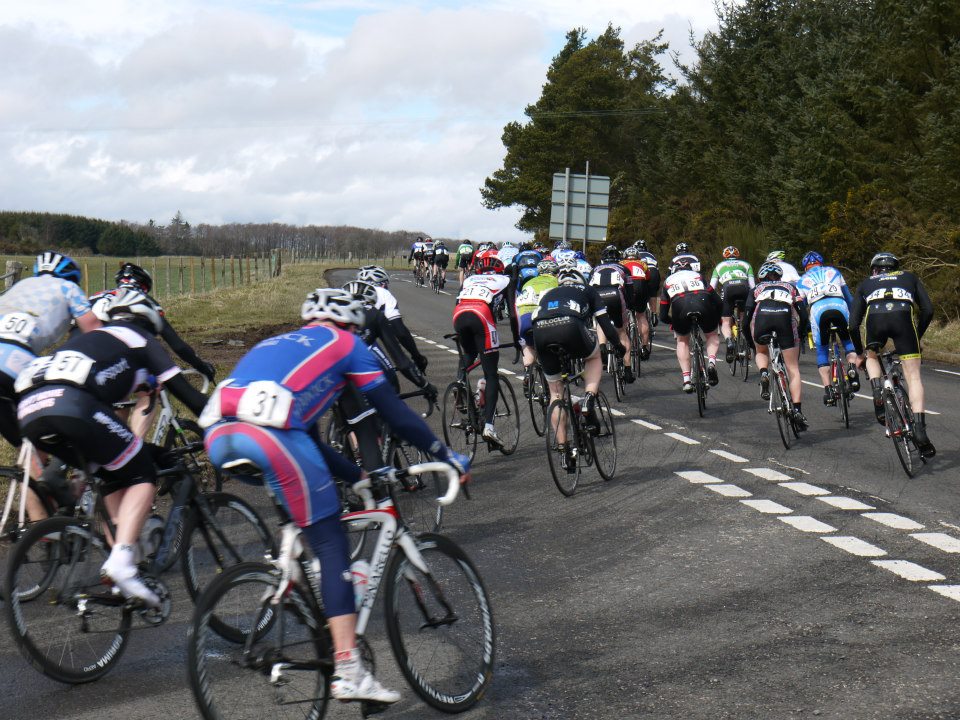 Now in over its 20th year of running the Nick Hardy Road Race was another successful event for the club under the stewardship of John Bremner on Sunday 13th April.

Tough conditions on the day with strong winds decimated the field of 80 within the first lap whittling it down to roughly 30 riders.

RG McLean tired some legs out with early attempts to break up the field which largely succeeded.

Luis Coutinho was caught out early doors in the cross winds and missed the main pack.

Peter Flick unfortunately lost a spoke on the mast climb and the race was over for him on the second lap.

That left RG McLean and Paul Cooper to finish the race, both 4 and 6 minutes down respectively on the winner Jack Richards from Deeside Thistle.

Thanks to all that helped out on the day.

Race results can be found here.