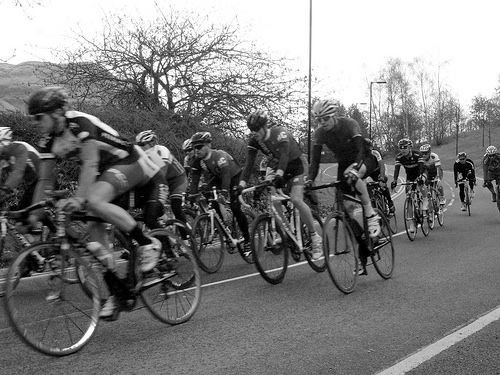 Crit on the Campus

Club members Luis Coutinho, John Smith and Peter Flick got to sample criterium racing at the weekends inaugural crit on the campus in Stirling.

The entries for the 4th category race were oversubscribed so they split the field into two races of 50 riders.

The races were crazy from the off, both averaging near 40kmh respectively. 35 minutes and 5 subsequent laps.

The first race saw quite a few incidents with at least 5 crashes, the course was quite twisty and the 5 speed bumps made life interesting on the mile or so circuit.

The second race was far more sensible with no crashes and two riders breaking early and the rest of the field not realising there was a breakaway!

Attacks were few and far between in the first race with few willing to go into the red. Peter made an attempt with about 3 laps to go but got no takers.

The final lap saw Peter take a pop again only to be caught with a 100m to go, setting up Luis and Calum Gray nicely for the sprint, Calum sneaking it by 2 hundreths of a second over Luis! 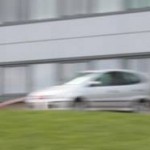 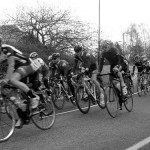 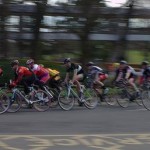 Luis got a fantastic 2nd place closely followed by Peter in 5th. The first 5 only seperated by less than a second.

John finished within the pack in 18th despite claiming he was going to be dropped in the pre race chat!

A great day and a fantastically organised event by Andrew Wilson and his team.