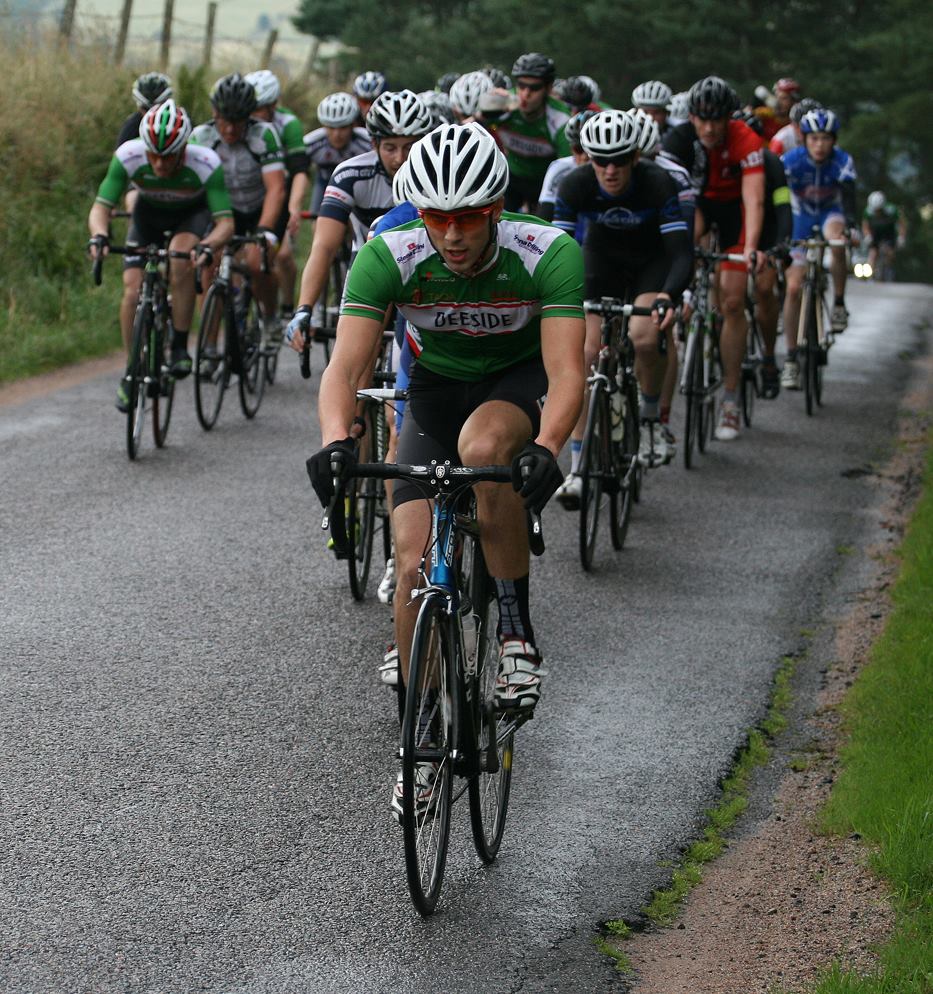 An open category event and it proved to live up to that billing. With an average speed of over 24 mph the pace never let up with plenty of attacks.

The downpour at the start of the race was unwelcome and the choice of carbon rims was not looking very wise, thankfully the rain subsided and the roads quickly dried.

Peter Flick managed to stay with the main group until the final 2.8km climb which broke up the field (and broke him). David Miller and John Smith had a harder time at the event losing touch on the first and second laps of the 4 lap loop.

Results of the event can be found here